Description : A young woman haunted by a tragedy in her past takes revenge on the predatory men unlucky enough to cross her path.

Promising Young Woman is a 2020 American dark comedy thriller film directed, written, and produced by Emerald Fennell, in her feature directorial debut. Margot Robbie serves as a producer through her LuckyChap Entertainment banner. The film stars Carey Mulligan, Bo Burnham, Alison Brie, Clancy Brown, Jennifer Coolidge, Laverne Cox, and Connie Britton, and follows a woman who seeks to avenge her best friend who was a victim of rape.

Promising Young Woman had its world premiere at the Sundance Film Festival on January 25, 2020, and was theatrically released in the United States on December 25, 2020, by Focus Features. The film received critical acclaim, with praise for Mulligan’s performance and Fennell’s direction. 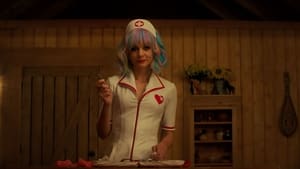